A reason to be thankful

Mark had been working on a Law firm for many years now, he was one the most successful lawyers in the place, and all the clients really liked him. He was very kind to everyone and the best on his job. So it wasn’t a big surprise when his boss told him, they wanted to make him a partner, and to do so, and they would throw a reception for him.

Many important people were invited to the event, from premium clients to local businessmen. So it was a very formal party. Donna was thrilled with the news, she loved her husband very much and she knew he deserved it more than anyone, because he had worked hard and made many sacrifices, and now they were harvesting the fruits of their efforts.

On the night of the event, they both looked incredibly amazing. Mark was wearing a black designer suit, and Donna wore a black and white lace corset, with a long silk skirt which was the perfect combination of elegance and sexiness. For the night they had rented a suite in the hotel where the reception was being held. They wanted to celebrate big time. 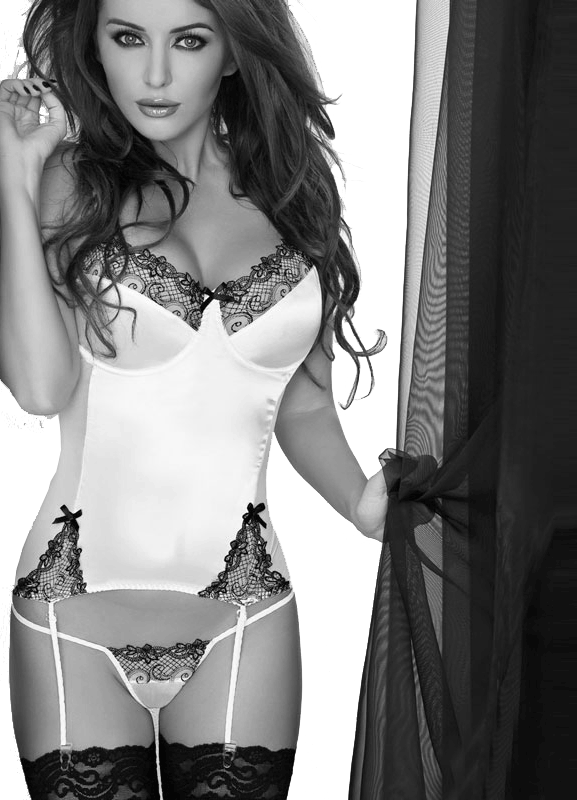 While on the elevator they kissed deeply and passionately and promise themselves to enjoy the party while waiting for their private celebration. They teased each other all night, looking at each other with desire, whispering naughty thoughts, and pressing their bodies tight every time they danced.

Finally, it was Mark’s moment to make a speech, and Donna stood in front of the crowd smiling at him and supporting his words. She had helped him prepared the speech for the night, it was clever, funny and she knew everybody would love it.That’s why she was very surprised to hear him saying completely different things from what they had planned. In the speech, he thanked his colleagues and bosses for the opportunity, but especially his wife. He told that he wouldn’t have been able to do it without her and that she was his main motivation in life.

Such a lovely speech brought tears to her eyes, so when he stepped down she ran to him, held him tight and told him how much she loved him. They kissed without caring too much about the people around them, and with a perky smile on their faces, they decided to do escape the party shortly, they both knew they couldn’t wait any longer.

Mark took his wife’s hands and led her out of the room where the party was, getting away from the crowd, and headed to their room. They passed by a door leading to the stairs, and they both knew what they wanted, they opened the door and found an empty hallway, where they started to make out, pressed against the door. He loved the way her breasts looked with the cleavage the corset had, he kissed her neck and breasts with great passion as she caressed his hair whispering how much she loved him.

She pushed him away and made him lean against the door, smiled at him and told him this night was for him, so she kneeled in front of him, open the zipper of his designer trousers and started to softly kiss his already hard dick. She kissed from the tip to the base and then started licking it. She looked up, right into his eyes and said

“I am really proud of you, and I want to show you how happy I am for you”

Mark touch her face, and caressed her lips with his thumb, she liked it and then went back to his dick, this time putting all in her mouth, Donna loved giving her man pleasure, and she loved his taste. She sucked it completely keeping the rhythm she knew he loved so much. As he was about to come, he stopped her gently grabbed her chin and helped her stand up, he then kissed her and switch places with her.

This time Donna was leaning against the door, with her back to Mark, he kissed her back, and caressed her body over the lace corset, he loved the way the dress highlighted her curves. Then lowering his hands to her hips and pulled her closer to him, rubbing his dick against the soft silk of her skirt. She let a soft moan escape her and turning her head around asked him to take her.

She lifted her skirt and showing him no underwear under it, Mark bit his lips and without being able to wait any longer, penetrated his wife hard and deep. She started to move her hips fast, covering her mouth with her hands to avoid screaming. He stood there, with his hands on her hips, enjoying her movements. She had an intense orgasm while biting her lips.

This turned him on even more and put his hands on her breasts as he started to pump into her harder and deeper while kissing and biting her bare shoulders. They finally reached an orgasm together that left them out of breath. They stood there for a while, holding each other, before heading back to the dinner party, where everybody was starting to wonder where the couple was.

← The best part of going out is coming home Absence makes the heart... →