David and Ruth had been dating for over ten months now, but for them time passed in a very different way. They felt so comfortable and trusted each other so much that it seemed they had been together for years, but in the sexual aspect they were so crazy about each other, that every time felt like a new experience. They both liked to innovate and put new ideas into their encounters.

They bought some sex toys, and Ruth had a big set of sexy lingerie, many of them gifts from David himself. And even though they had sex many times a week, this one had been a little tough from them. David had just opened a new business so he stayed working late every night, so at the end of the day he felt really tired. On the other hand, to help him with the opening his brother had come over and was staying at his place.

A week isn’t too long, but for them it felt forever without having their alone time to further explore their sexuality. So, Ruth decided to tease him a little, and drive him crazy, she thought that after waiting for a week, a little teasing would only make it better when they finally had the chance to make love. She bought herself a sexy outfit. It was a dark purple lace bra, with some beautiful patterns and a shape that made her breasts look amazing, a sexy lace thong and some nice stockings. 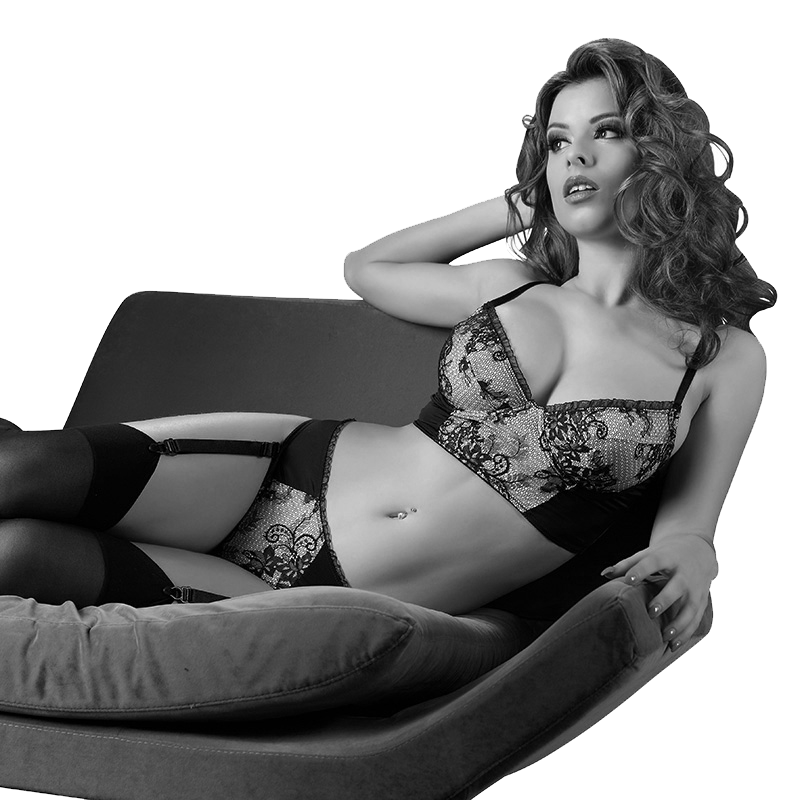 “Wish you were here”

On Friday she put her sexy outfit on, and looked herself in the mirror surprised of how sexy and confident she felt. Then she put on a black short skirt and a white silk long sleeve shirt, which was her favorite, she took a picture of herself with her sexy work outfit and sent the picture to David, wishing him to have a good day.

While at work Ruth couldn’t stop thinking about how much she loved the feeling of the stocking on her legs, and how it would drive David crazy. So she had another idea, she headed to the bathroom, locked herself in and opened her blouse a little, only a few buttons, enough for her bra to show, took another picture and sent it to him. After receiving the picture he immediately called her, but she didn’t pick up.

Instead she just removed the blouse completely, leaving the skirt on and took a new selfie on the mirror for David. He told her she looked better than a lingerie model, and couldn’t wait to take that skirt of, only the skirt. He wanted her to keep the rest on. These words turned her on, so she started to caress her breasts over the bra, and decided to go a little further. It was noon, so she knew this bathroom wasn’t used at this time, there was nobody in the office.

She removed her skirt, put one hand inside her panties and sent another picture to David with the caption “Wish you were here”. David replied that she was driving him crazy and that he wanted to have her now, he was in a meeting with a partner and not being able to touch himself made it all even more exciting.

Ruth continued to touch herself thinking about him, and taking pictures of herself while she did so. She sent him a nice picture of her breasts in that purple sexy bra, a picture of her ass and how it looked in the thong and her legs covered with the sexy stockings. As she sent every picture, he replied describing what he wanted to do to her, all while wearing that sexy outfit. His words made her even wet, and she continued touching herself until she came, this time recording her voice and sending it in a clip to David. She dressed herself up, washed her face, and went back to her office.

He called her an hour later and asked her to leave work early, he wanted to have her and her sexy outfit between his arms.