The best part of going out is coming home

Donna and a group of her best friends decided to have a girl’s night out to celebrate Sandra’s birthday. They were all married, with kids, so going out to party was something they hadn’t done in a while and were all very excited about it.

It was a break from their routine, and they all needed it. When she told Mark about her plans, he felt it was the perfect opportunity for him to arrange a little surprise for his wife as well. He wanted her to have an amazing night, she deserved it after all, she worked hard, was a great mother and perfect wife.

As Donna was getting ready, standing there Â naked after her shower, hair all damp and skin glowing, he gave her a present. It was a beautiful silver gift box, with a black lace ribbon. Tucked into the delicate wrapping was a small handwritten card.

She set it down on the bed and took the card, opening it with curious anticipation she read the words inside. It read simply “Thank you” 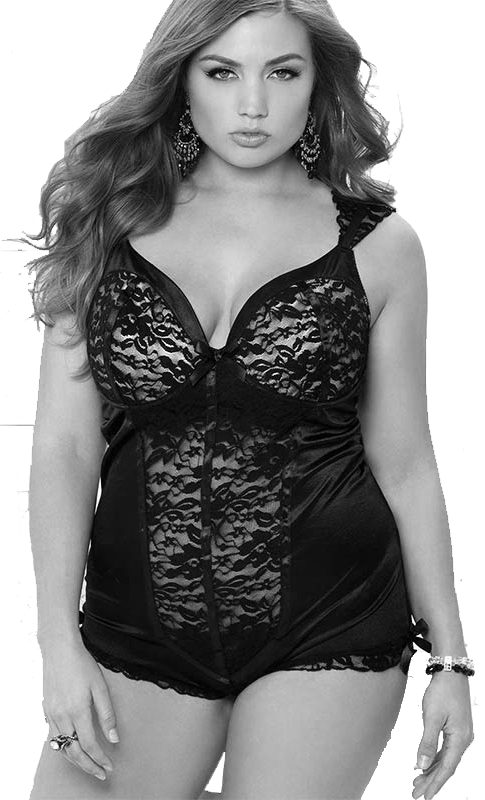 Slightly puzzled she looked to Mark who motioned to the box to open it.When she opened the ribbon and lifted the lid, inside there was a black lace teddy, it looked so delicate and sexy, almost see-through and hot.

He asked her to wear it under the outfit she was planning for the night. As she put it on, Mark sat on the bed watching her slip the lace over her skin. Almost to much to bear he stood up and embraced her from behind, kissed the back of her neck, and while caressing her big perfect breasts, Mark whispered to her ear
“You have no idea how sexy you look in that outfit, I can’t wait to make love to you wearing it. Knowing what have on under your dress, knowing the lace is against your soft warm body drives me wild. But tonight is for you, so go and have fun with your friends. I’ll be waiting for you”.

This made her wet, so she turned around, kissed him, pressing her body against his. He touched her all over, and they both felt the passion rising, but they knew they had to wait and somehow this thought made it more exciting. They both smiled, and Donna continued getting ready.

She met her friends for dinner at a very nice restaurant, and after they went to a club. As soon as they arrived they noticed many eyes on them, they were a group of very beautiful women and it was impossible not to call the attention. The girls took a table, and after asking for a drink, the waiter started bringing them drinks that were sent from different men in the place.

Donna sipped her third cosmo, her finger slipped along the shoulder straps of her dress and she felt the lace hiding secretly beneath. She smiled to herself as she thought of what was to come.

The girls talked and danced all night, the enjoyed the attention they were getting, but none of them were interested in nothing more. Around midnight, Donna felt a little drunk and started remembering what her husband had told her before leaving, she couldn’t wait any longer. So she decided to head for home, she said goodbye to her friends, took a cab and headed home.

When she arrived, she found Mark had prepared another surprise for her. Â There on the floor was a path made of rose petals, she followed excitedly. The petals flowed from the front door, up the stairs to their bedroom. She felt excited, not to mention a little damp with anticipation of what was to be found at the end of the path.

Through the bedroom door she followed, there was some soft music playing, it was their song. Mark had arranged many candles lighting up the room, casting a warm soft glow. Her husband was standing there waiting, he greeted her with a kiss and an ice cold crisp glass of wine. After making a toast for his gorgeous wife, he asked her to dance.

They hadn’t danced like this since they were courting, slowly like they had all the time in the world and nothing existed but their love and passion.

They danced softly, embracing each other, and caressing each other. He smelled her hair and kissed soft lips, as he slowly slipped her dress of her shoulders, leaving her wearing the sexy teddy he had given her earlier. Donna stroked his hair and smiled , she kneeled in front of him, unzipped his trousers, Mark was commando! With a pleasurable sigh she started to suck his hard cock.

Mark had been waiting all evening and it showed, he was hard and more erect than she had ever known. She loved giving her man pleasure, it made her feel even sexier knowing his appreciation.

After some time sucking and licking him, Mark, gently grabbed her by the arm and lead her to bed laying her down tenderly.

He looked at her as he lay there and smiled proudly at what he saw before him. He kneeled down and kissed her, nibbled gently along the lace edges of the teddy, and licked her soft body. Then, he carefully parted her legs still wearing the heels. His tongue traced her inner thigh higher and higher until he came to black lace barrier between him and her pleasure.

He tenderly pulled it to onside and laid his tongue on her warm and by now very wet lips. His tongue teased and tasted his wife, his probing working with such passionate intensity Donna felt herself gasp at each stroke. As the rhythmic lashing went faster she started to moan harder and harder, turning him on even more.

You know it’s a good night out when coming home is the best part!

← The gift is in the giving A reason to be thankful →